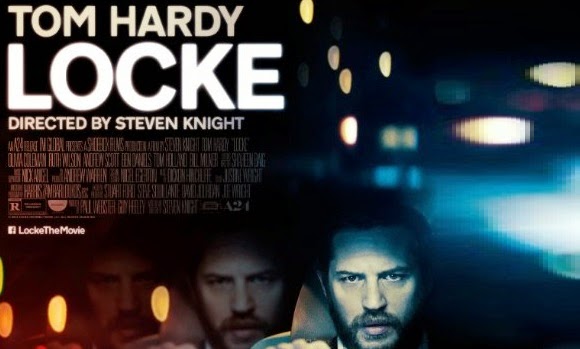 What is best described as a journey into a mans life and his dilemmas through a drive on the highway, intersects with a hands free device that navigates the story. Locke (2014) stars lead actor, Tom Hardy, in a pivotal moment in a mans life when his past sins come back, and force him to make decisions about his life.  Ivan Locke plays a family man and a general contractor with an important concrete project coming up that he has now decided to dismiss.  Through the phone calls that come in through the speakers of his vehicle, a plot unravels that will change his life.

Locke has an interesting form of storytelling that really picks up immediately. Tom Hardy’s portrayal of Ivan Locke is remarkable because it felt like his character was real. When Locke spoke with the other characters, it felt like there were established relationships above the spoken word. When he spoke to himself, it gave personality to his character. However, where it excels is also where it misses as some of the characters seemed forced into appearing slightly incompetent. Also, the film is a simple, one-man driven narrative that works well at getting deep into the heart of the general world of construction.  Although it is an hour long car drive, Locke is worth the watch.