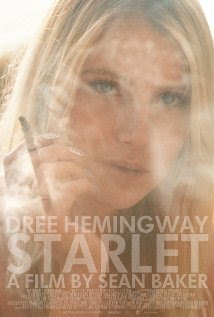 Co-written and directed by Sean Baker, Starlet (2012) portrays an unlikely friendship between a 21-year old adult film star named Jane (played by Dree Hemingway; great-granddaughter of author Ernest Hemingway) and an elderly woman named Sadie (Besedka Johnson).  Jane discovers a substantial sum of money in a thermos purchased from Sadie’s yard sale and then tries to determine whether or not to return the money.  Jane’s sidekick chihuahua named Starlet provides companionship throughout. 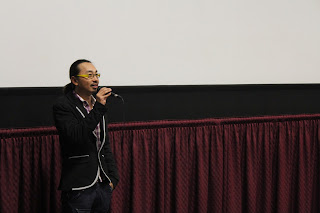 Cinematographer Radium Cheung from New York City was present for post-screening discussion and to answer any questions from the audience.  Cheung mentioned his preference for naturalistic lighting, and also admitted that this unrated film would have a greater potential for distribution if some of the scenes were cut, but was highly unlikely due to the story degradation that would occur.
You might not be able to watch this film at your favorite theater, but look for it soon on Video on Demand.
For more info see Starlet’s IMDB profile.
Share: